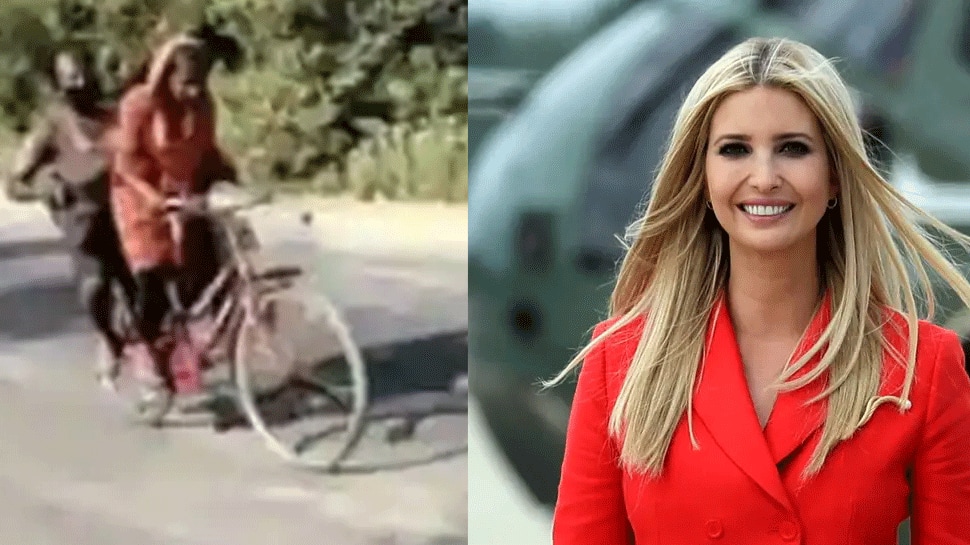 New Delhi: The news of a 15-year-old girl Jyoti Kumari taking her injured father to home in Bihar`s Darbhanga – 1,200 km from Gurugram, on a bicycle during the lockdown, has impressed US President Donald Trump`s daughter and adviser Ivanka Trump.

Praising Jyoti, Ivanka on Friday shared the news on Twitter and said the “beautiful feat of endurance and love has captured the imagination of the Indian people and the cycling federation”.

She tweeted: “15 yr old Jyoti Kumari, carried her wounded father to their home village on the back of her bicycle covering +1,200 km over 7 days. This beautiful feat of endurance & love has captured the imagination of the Indian people and the cycling federation!”

Responding to Ivanka, former Jammu and Kashmir chief minister Omar Abdullah said: “Her poverty and desperation are being glorified as if Jyoti rode 1,200 km for the thrill of it. Government failed her, that`s hardly something to trumpet as an achievement.”

Jyoti and her father lived in Gurugram in Haryana. Her father Mohan Paswan was injured in an accident during the lockdown, leaving him unable to go home.

Following this, on May 10, Jyoti left along with her father from Gurugram on a bicycle for Darbhanga. She arrived home on May 16.

People were stunned to learn about the plight, as well as courage displayed by Jyoti. Even Ivanka Trump was impressed and went on to share the news related to Jyoti.

Brazil jumps to world number 2 in coronavirus cases, behind the US