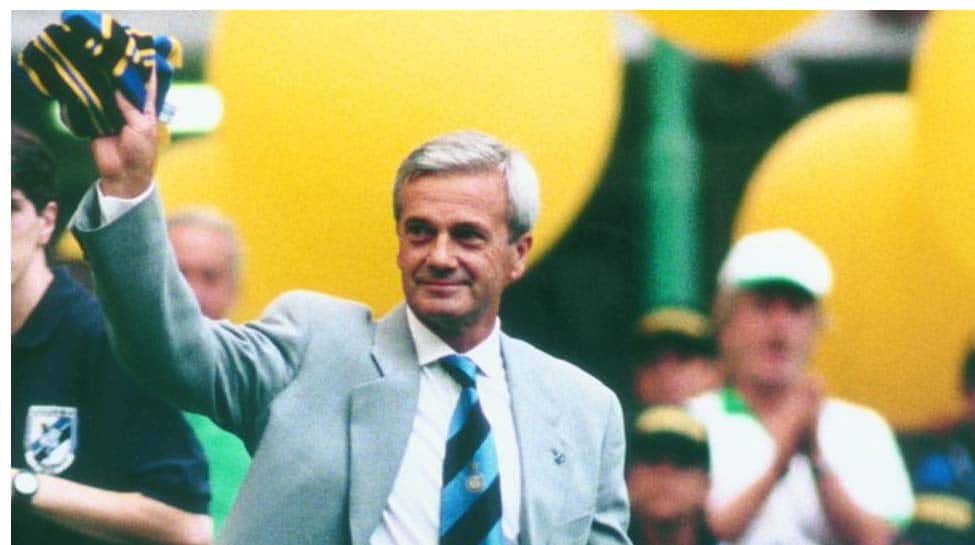 “We remember Gigi Simoni and will miss everything about him. First and foremost, his gentlemanly way of being. His way of living, both in life and football, was never over the top. His football reflected that: it was humble, functional and capable of making the most of what he had on offer,” the official statement from the club said.

“This is how we remember him: with his white hair, in our dugout, while he enjoyed the magic of Ronaldo with a smile on his face, enveloped by the fans’ affection.Farewell Gigi, we’ll miss you,” Inter Milan added.

Popularly known as ‘Gigi’ Simoni, Luigi began his professional football career as an attacking midfielder with Mantova in 1959. He then went on to play for Napoli, Torino, Juventus, Brescia and Genoa before bidding adieu to the game in 1974.

During his playing career, Simoni bagged a Coppa Italia title with Napoli and Serie B title with Genoa.

After his retirement from football, Simoni served as the manager of 21 clubs from 1974 to 2012. He joined Inter Milan in 1997 when the club signed Ronaldinho from Barcelona and guided them to second place in Serie A behind Juventus and to the UEFA Cup glory in 1998.

He also won the Anglo-Italian Cup with Cremonese and five Serie B titles–three with Genoa, two with Pisa–as a manager.

In 1998, Simoni was awarded with the Panchina d’Oro for the best Italian coach.

How Automotive Engineering departments have been ensuring continuity of work virtually? – ET Auto

Rafael Nadal returns to training, says happy to be back to tennis court