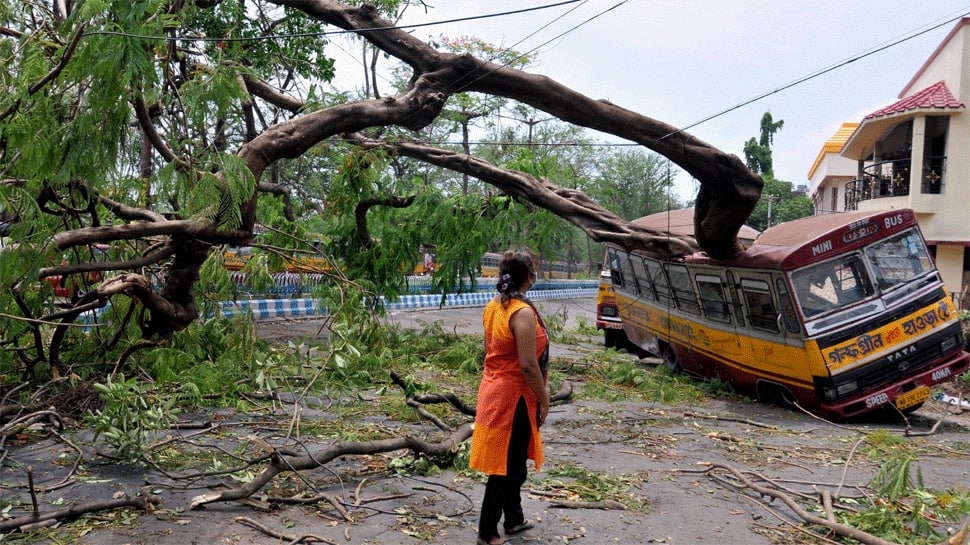 Kolkata: Heavy rains are expected to lash a few districts of West Bengal in the next 48 hours, a weather forecast agency predicted on Saturday (May 23). Ferrocious wind and heavy rainfall are expected at one or two places over the districts of Alipurduar, Coochbehar, Jalpaiguri, and Darjeeling, Kalimgpong in the next two days, the weatherman predicted, adding that its intensity and spread will increase thereafter.

As per the agency, heavy to very heavy rainfall in these areas, particularly Alipurduar, Coochbehar, Jalpaiguri are expected to have maximum rainfall activity, from May 24th, 2020 onwards.

On Friday, after cyclone Amphan lashed Kolkata bringing in heavy rain, water entered closed outlets of booksellers, publishers and binders of the historic College Street, and damaged printed books and pages ready for binding, causing losses to the tune of lakhs of rupees. The apex body of publishers and booksellers of the state said they will soon hold a meeting and may have to seek help from the state government to bail them out as the cyclone dealt a fresh blow to the business after the two-month-long lockdown.

The death toll due to Cyclone Amphan in West Bengal has risen to 86, as angry Kolkatans resorted to protest and road blockades in various parts of the city over the administration’s failure to restore normalcy even after three days.

With normal life thrown out of gear by the region’s worst weather disasters, the authorities scrambled in various parts of the state to restore normalcy.

In US, son stabs father to death while he was on video conference call

ICMR allows use of HCQ among healthcare workers in containment zones, non-COVID hospitals