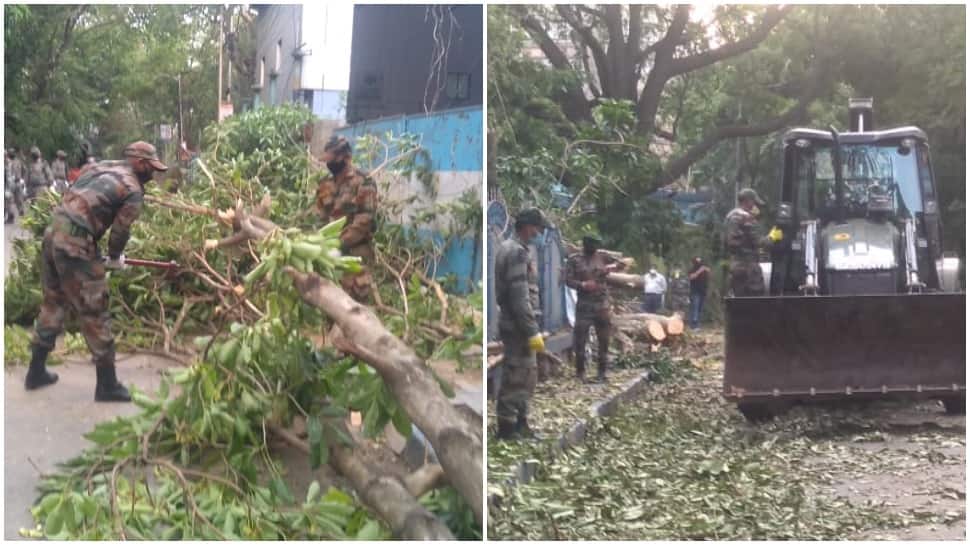 Kolkata: 5 columns of the Indian Army on Saturday (May 23, 2020) were deployed in West Bengal to assist in restoration after the Cyclone Amphan wreaked havoc in the state.

The Indian Army was deployed after the West Bengal government on Saturday called for their support for immediate restoration of the essential infrastructure and services in the state.

Several teams then hit the streets and cleared major roads in Kolkata. Uprooted trees had blocked and cut off major roads in the city for the last four days.

The army carried their own equipments like JCB, cranes, and cutters.

According to the latest reports, the death toll in West Bengal due to the devastating cyclone stands at 86. Out of the 86 deaths — 22 were electrocuted, 27 after being hit by uprooted trees, 21 in a wall collapse, 7 in a house collapse, 3 drowned, 1 was bitten by a snake, 3 due to cardiac arrest and 2 from the uprooted lamp post.

The office of Nirmala Sithraman also said that further assistance would be given after a visit by Inter-Ministerial Central Teams (IMCTs) to the affected states and consideration of their reports.