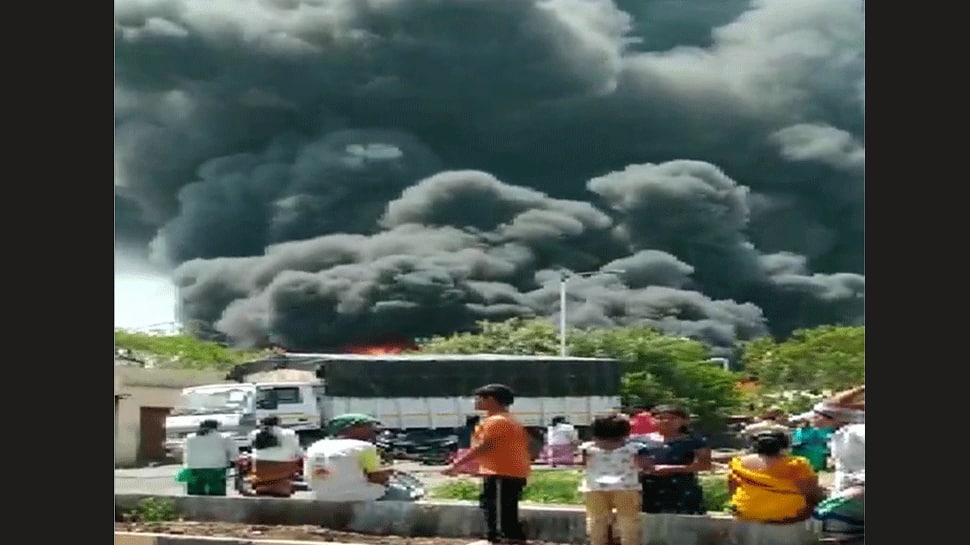 Pune: A massive fire broke out at a chemical factory in Kurkumbh MIDC area in Pune on Friday. At least five firetenders were pressed into the service after the fire department received a call.

A cloud of thick black smoke was billowing from a large fire that broke out at the chemical plant, triggering a panic-like situation in the area. According to reports, explosions could be heard in the 5-km periphery of the unit. On receiving the information, a team of Pune Police was also rushed to the site.

According to reports, a few people are feared trapped inside the factory; however, the exact number and confirmation on the same remains awaited.

Supriya Sule took to Twitter and said “Kusum Chemicals in Kurkumbh MIDC is on Fire.I spoke with Shri. Naval Kishore Ram-Pune District Collector. Administration has started the Relief Work. I am monitoring the situation and co-ordinating. Relief measures along with the Administration. I urge all the citizens not to panic.”

The cause of the flame at the factory is still unknown.

Samsung to launch Galaxy A31 in India in June first week