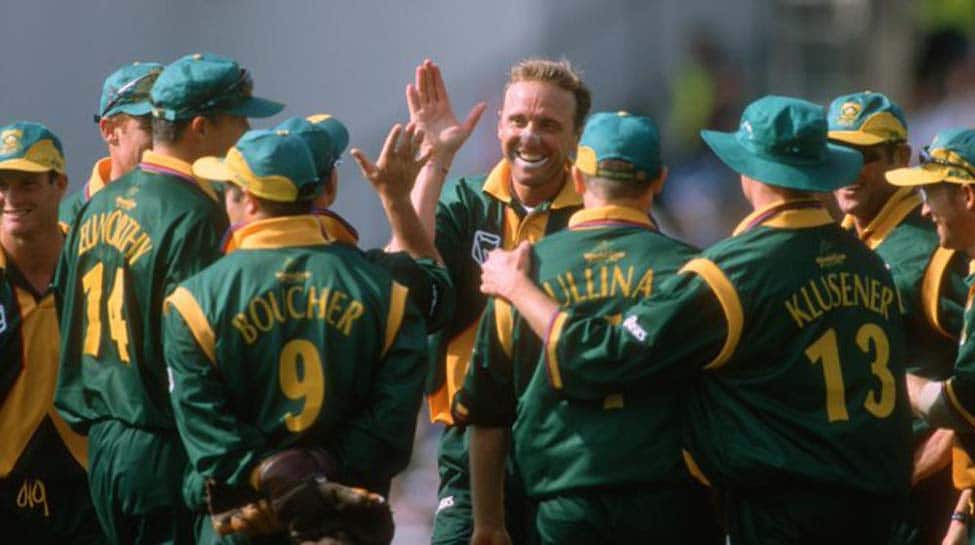 On this day in 1999, South Africa thrashed England in ICC World Cup clash

On May 22 in 1999, South Africa produced an all-round performance to crush England by 122 runs in an International Cricket Council (ICC) World Cup clash at The Oval.

The ICC took to its official Twitter handle and informed its followers that former South African cricketer Allan Donald bagged brilliant figures of 17 for four while Lance Klusener shone with both bat and ball to help their side seal dominant win in the World Cup match in 1999.

4/17 by Allan Donald
48* (40) & 1/16 by Lance Klusener#OnThisDay in 1999, South Africa completed a dominant 122-run victory over England in the @cricketworldcup! pic.twitter.com/rxGsaoxxtt

England won the toss and elected to field first during the clash.

Asked to bat first, openers Gary Kirsten (45) and Herschelle Gibbs (60) provided a perfect start to South Africa by stitching a 111-run partnership for the opening wicket.

After the duo’s departure, South Africa lost their next four wickets cheaply before Lance Klusener smashed a crucial unbeaten knock of 48 to help South Africa post a decent score of 225 for seven.

Graeme Hick and Neil Fairbrother were the highest scorers for England with 21 runs each.

Lance Klusener was declared Player of the Match for his impressive display with both bat and ball.