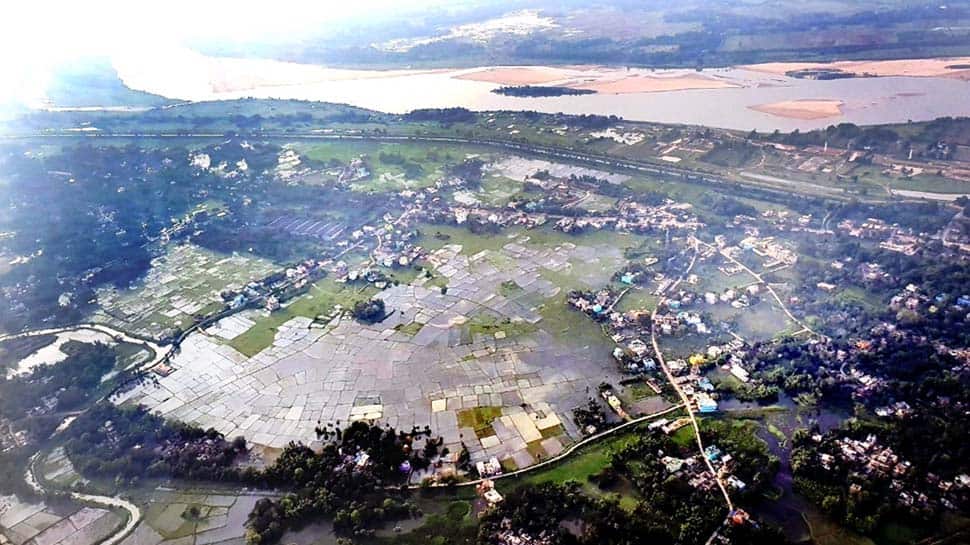 Prime Minister Narendra Modi on Friday announced financial assistance of Rs 500 crore for Odisha where Cyclone Amphan left a trail of devastation. The PM conducted an aerial survey of the areas in the state with Chief Minister Naveen Patnaik.

Expressing solidarity with the people of Odisha and deep sorrow for the lives lost, the Prime Minister also announced an ex-gratia of Rs 2 lakh to the next of kin of the deceased and Rs 50,000 to the seriously injured.

“Everyone is fighting COVID-19. In such a time, we had a super cyclone in some parts of India. This became very worrying. At the same time, due to the well-established processes in Odisha, many lives were saved. I congratulate the people and Government of Odisha. At the same time, there has been damage to property, which we reviewed in a meeting today. All possible assistance will be provided by the Centre to ensure quick relief work. Rs 500 crore will be given to Odisha as advance assistance,” tweeted the PMO.

After the aerial survey, PM Modi chaired a meeting in Bhubaneshwar with the senior state and central government functionaries to review the situation. He announced the financial assistance pending the assessment of the damage by an Inter-Ministerial Central Team.

“I would like to thank the citizens of Odisha, the administration and the CM for their efforts in tackling Cyclone Amphan as the state has been able to limit the casualties,” also said PM Modi.

PM Modi visited Odisha to take stock of the situation accompanied by Union Minister Dharmendra Pradhan, Union Ministers of State Babul Supriyo, Pratap Chandra Sarangi and Debasree Chaudhuri. Accompanied by the Governor of Odisha, Ganeshi Lal, and the CM, the PM conducted an aerial survey of Bhadrak and Balasore to assess the impact of the cyclone.

The PM gave his assurance that the Union Government would work shoulder to shoulder with the state governments at this difficult time and give all possible assistance for restoration and rebuilding of infrastructure in the areas affected by the cyclone.

PM Modi was received by CM Patnaik and Governor Ganeshi Lal on arrival at Bhubaneswar Airport. This was the Prime Minister’s first visit outside the national capital after the coronavirus-induced lockdown was imposed on the midnight of March 24.

Cyclone Amphan wreaked havoc in Odisha, damaging power and telecom infrastructure in several coastal districts. This cyclone is considered to be the second major cyclone in the Bay of Bengal after the super cyclone of 1999, which had claimed around 10,000 lives in Odisha and devastated vast areas in the state.

In 2018, Odisha had rushed men and resources to the southern state of Kerala, which was severely hit by unprecedented floods. The rescue-and-relief teams from Odisha actively took part in the rehabilitation and resettlement of the flood-hit people in Kerala.

Nearly 45 lakh people in Odisha are affected by the extremely severe cyclonic storm Amphan, officials said on May 21 as CM Patnaik asked them to submit a report on damage to crops and houses within the stipulated time. “The cyclone severely damaged houses, standing crops, electrical infrastructure and uprooted trees in many districts. Steps are being taken on a war footing to restore normalcy,” CM Patnaik said.

Stating that manpower and materials have been mobilised for quick restoration of power supply in Amphan-hit areas, the chief minister has said road clearance and connectivity issues will be sorted out by Friday morning.

The extremely severe cyclonic storm, which fiercely rolled past the state’s coast and made landfall in the Sunderbans in West Bengal on May 20, uprooted trees and flattened fragile dwellings, Chief Secretary AK Tripathy said. The power infrastructure and the farm sector have also suffered considerable damage, while the telecommunication infrastructure is largely intact with minimal impact, he said. It weakened significantly since making the landfall and moving to Bangladesh.

Horticulture sector has also suffered extensive damage as a large number of betel vines in Puri, Jagatsinghpur, Bhadrak and Balasore districts have been completely destroyed due to heavy downpour and fierce winds.

Another senior official said electricity supply to 34 lakh consumers, including 1.63 lakh of power distribution company SOUTHCO, 15 lakh of NESCO and 17 lakh of CESU was hit. However, electricity was restored in SOUTHCO areas and in Bhubaneswar and Cuttack.

China gets aggressive against India on LAC to deflect global pressure