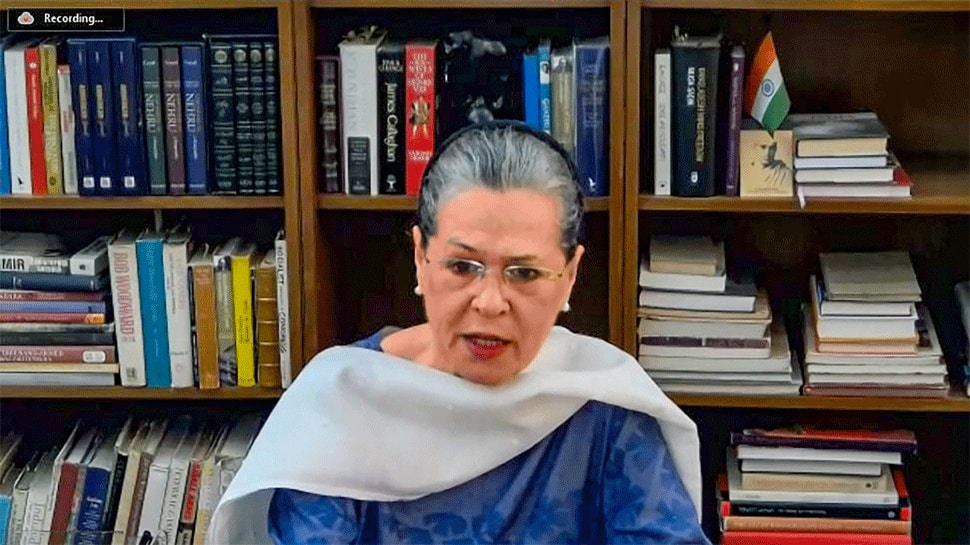 New Delhi: The successive lockdowns have yielded diminishing returns, alleged Congress interim president Sonia Gandhi as she convened a meeting of 22 ‘like-minded’ Opposition parties on Friday (May 22). Gandhi also accused the central government of not having an exit strategy and being uncertain about the criteria for lockdown.

She underlined that the opposition offered full support to the government even when the lockdown was imposed on March 24, with barely 4 hours of prior notice. “The initial optimism of the Prime Minister that the war against the virus would conclude in 21 days has turned out to be misplaced,” she stated.

She further attacked the Centre saying the spirit fo federalism has been forgotten. “The government has also abandoned any pretence of being a democratic government. All power is now concentrated in one office, the PMO. The spirit of federalism which is an integral part of our Constitution is all but forgotten. There is no indication either if the two Houses of Parliament or the Standing Committees will be summoned to meet. “

The veteran Congress leader described PM Modi’s Rs 20 lakh crore package and the Finance Minister spelling out its details over the next five days as ‘cruel joke on the country’.

The defining image of the pandemic has been the lakhs of migrant workers, many with children, walking hundreds of kilometres, without money, food or medicines, desperate to reach their home states. The interim president of the Congress said that government should give cash transfers to vulnerable.

SpiceJet set to resume operations from May 25, airline will fly average of 204 flights daily