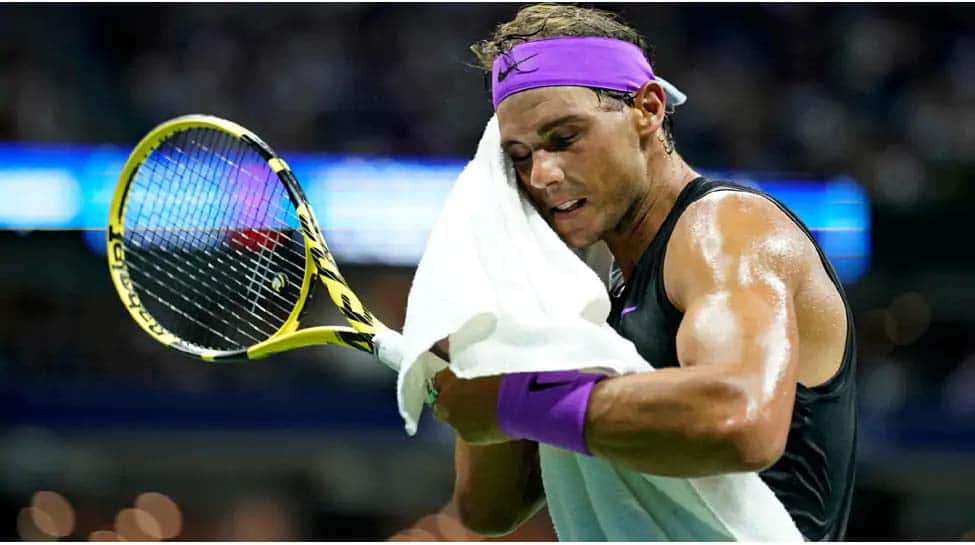 World number two and 19-time Grand Slam champion Rafael Nadal has donned a completely new look as he made a return to tennis court for the first time since March this year due to coronavirus pandemic.

Following the cancellation of the BNP Paribas Open in Indian Wells in March in the wake of COVID-19, Nadal and his Spanish teammates traveled back to their home town from America.

However, Nadal recently took to his official Twitter handle and posted a picture of him from a practice session with all the new-look.

“Here I am, the first pictures I am posting for you on court. This is my practice earlier today at @rnadalacademy #BackOnCourt #BabolatFamily,” the Spaniard wrote.

Here I am, the first pictures I am posting for you on court.
This is my practice earlier today at @rnadalacademy #BackOnCourt #BabolatFamily pic.twitter.com/x7tzgLj9pc

In the picture, Nadal could be seen in a beard as he lines up to smash a backhand with orange instead of the usual yellow colour on his racket, Daily Express reported.

Nadal has returned to training after Serbian tennis maestro Novak Djokovic made a comeback to practice session in Marbella and Austria’s Dominic Thiem started practising in Austria.

Despite their return to court, all these tennis greats still await return of competitive action.

Earlier, the Association for Tennis Professionals (ATP) and the Women’s Tennis Association (WTA) had further extended the suspension of all its events until at least July 31.

Spain is among the most heavily hit nation by coronavirus pandemic. The novel virus, which was first reported in Wuhan city of China, has so far affected 2,81,900 people in the country and claimed the lives of more than 28,000 people in Spain.

Rafael Nadal returns to training, says happy to be back to tennis court