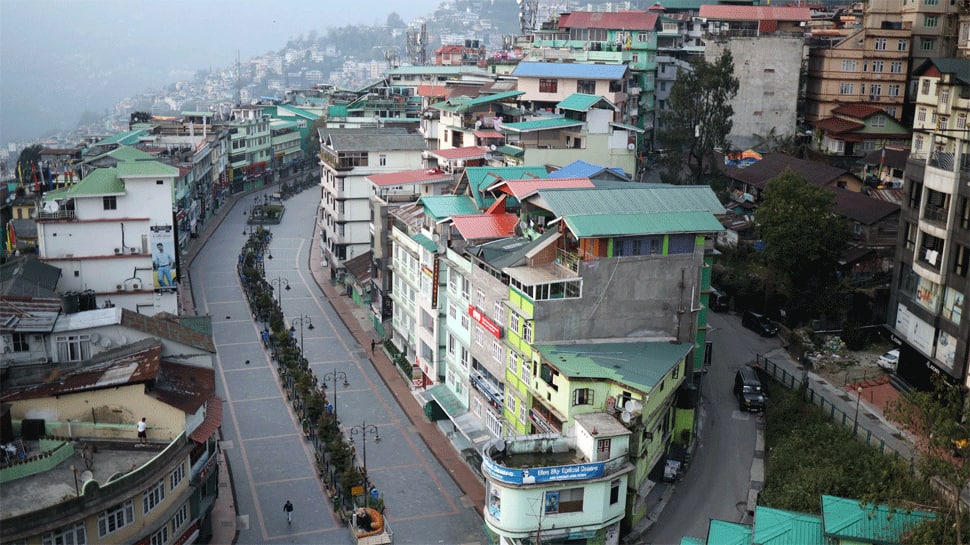 New Delhi: The Sikkim government on Saturday (May 23) wrote to Delhi Chief Secretary Vijay Kumar Dev expressing disappointment over an advertisement, published by the Delhi government, which referred to the state as an independent country and clubbed it with other nations like Nepal and Bhutan. 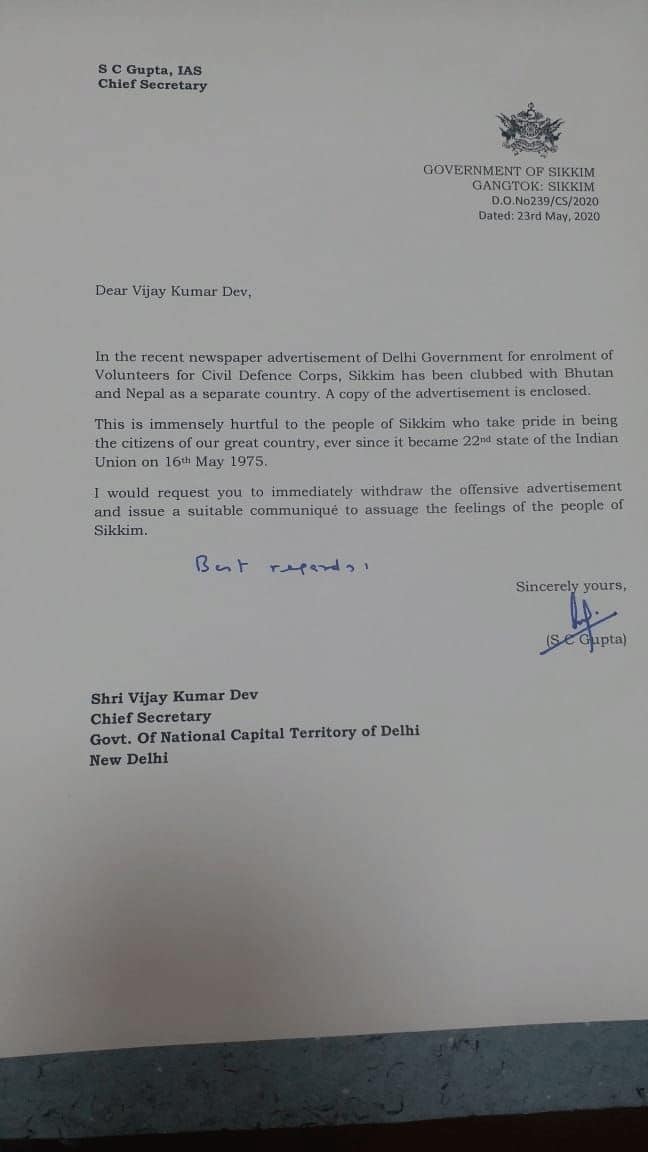 Delhi Lieutenant Governor Anil Baijal on Saturday said that a senior officer of the Directorate of Civil Defence has been suspended for publishing the advertisement which disrespects the territorial integrity of India by making incorrect reference to Sikkim on the same lines as some neighbouring countries, reported news agency ANI.

The L-G said authorities have been directed to immediately withdraw the offensive advertisement.

Delhi Chief Minister Arvind Kejriwal later took to Twitter and said Sikkim is an integral part of the country and such errors cannot be tolerated.

Sikkim Chief Minister Prem Singh Tamang had also expressed his disappointment over the advertisement and had asked the Delhi government to rectify it.