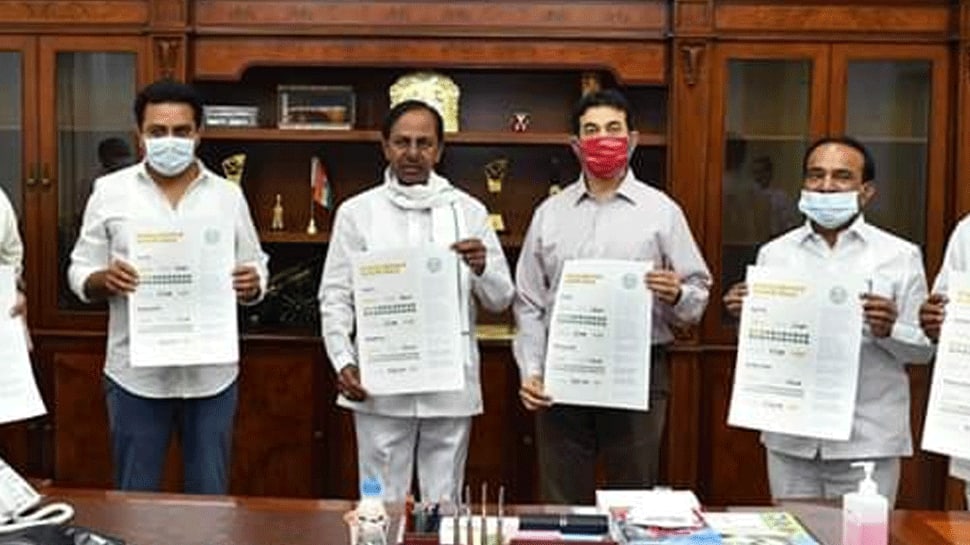 HYDERABAD: Continuing its impressive performance in the Information Technology sector, Telangana clocked over Rs 1.28 lakh crore IT exports during 2019-20, a growth of nearly 18 per cent over the previous year.

The data shows that the share of Telangana in IT sector employment in the country went up from 13.06 per cent to 13.34 per cent.

Chief Minister K Chandrasekhar Rao said he was happy to see the share of Telangana’s exports going up from 10.6 per cent to 11.6 per cent.

Very happy to announce that Telangana achieved 17.93% growth in IT/ITES exports in 2019-20. Telangana’s growth is more than double the national average  pic.twitter.com/nHhBi9IoRg

Rao also congratulated the state IT department for impressive growth.

Hon’ble CM said, “The IT sector growth clearly indicates that Telangana is poised to be the preferred destination for IT investments in the future.” Minister for IT Sri @KTRTRS and Prl. Secretary @jayesh_ranjan today apprised CM Sri KCR on the progress of the IT sector.

“This clearly indicates that Telangana is poised to be the preferred destination for IT investments in the future”, he said after Minister for IT KT Rama Rao and Principal Secretary Jayesh Ranjan presented to him IT exports and employment report for 2019-20.

The Chief Minister also directed the IT department to take all measures and precautions to ensure that the IT Industry functions smoothly, keeping in view of the Covid-19 pandemic.

Rama Rao explained to the Chief Minister that despite the onset of the Covid-19 during the last quarter of 2019-2020, the export growth from Telangana managed to record 17.93 per cent growth for the full financial year.

He said the Hyderabad IT ecosystem has the agility and the resilience to overcome the effects of Covid-19. He pointed out that several investors are actively engaged in discussions with the department and very soon, there will be some announcements.

Tech Mahindra and Cyient have chosen to open their centers in the tier-2 location of Warangal. The government is also promoting the dispersion of the IT around the city with several MNCs showing interest in the eastern part of the city.

The commercial space absorption in Hyderabad during the first two quarters for year 2019-20 topped all metros in India in growth as well as in absolute terms.