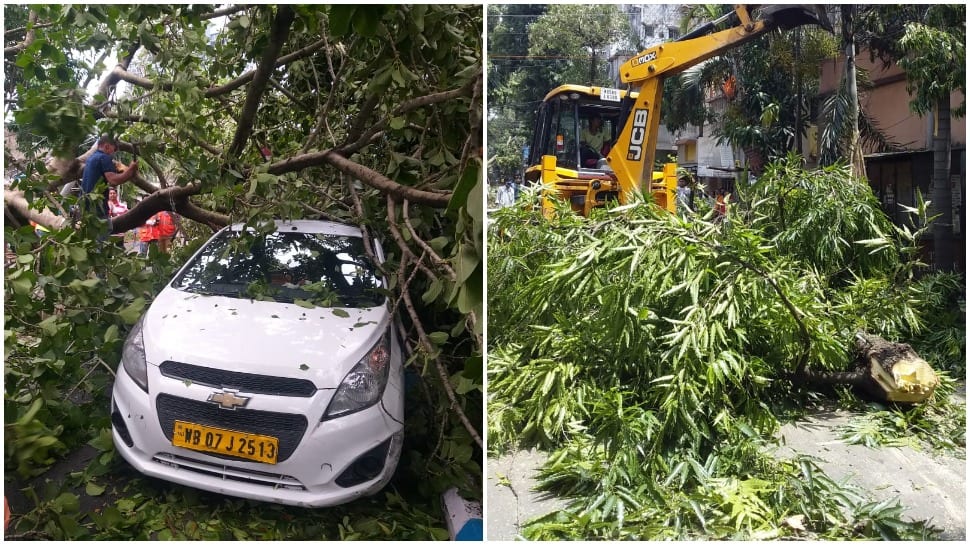 Kolkata: The West Bengal government on Saturday (May 23, 2020) said that they have called for the Indian Army’s support for immediate restoration of the essential infrastructure and services in the state after the Cyclone Amphan’s havoc.

The West Bengal’s Home Department said that the GOWB mobilizes maximum strength in unified command mode on a 24×7 basis for immediate restoration of essential infrastructure and services as soon as possible and Army’s support has been called for. They also said that the NDRF and SDRF teams have been deployed and Railways, Port and private sector have also been requested to supply teams and equipment.

They further stated that the drinking water and drainage infrastructure are getting restored fast and the generators are being hired where necessary.

More than a hundred teams from multiple departments and bodies are working for cutting of fallen trees which is the key to the restoration of power in localities.

… which is the key to restoration of power in localities. WBSEDCL & CESC asked to deploy maximal manpower, even while lockdown significantly affects the deployment potential of the latter. Police on high alert.(3/3)

Meanwhile, ten additional NDRF teams have been mobilized and are being rushed at the earliest from NDRF locations outside West Bengal. Teams are likely to reach Kolkata by late night today (May 23).

Presently, 26 NDRF teams are deployed in Cyclone Amphan affected areas of the state for restoration work. The additional deployment of 10 teams will bring the total deployment to 36 teams of NDRF across the 6 districts of West Bengal affected by Cyclone Amphan.

The Deputy Commissioner of Police, Port Division, and DCP Traffic, Kolkata also shared numerous photos of their staff during the restoration process.

We are regularly on the the road, cutting the fallen trees and making it more and more accessible across the Port Division area. #Wedarewecare @KolkataPolice @CPKolkata pic.twitter.com/2L1992x2pP

Earlier on Saturday, the West Bengal CM Mamata Banerjee said on the power outrage, “I would urge all to not engage in politics in the present times. Yes, there is power outage but Calcutta Electricity Supply Corporation (CESC) is not under the state govt. It is a private company but we have been telling them for three days to restore power.”

She added, “I have personally called them several times. There’s no mobile connectivity and no internet service even in the secretariat. Even I’m not being able to make calls. We are working on war footing to restore everything. Those protesting, this is a request don’t do so. We will also take appropriate action against those who are not trying to restore power.”

She also commented on the 1,000 crore relief package announced by the Centre and said, “There is widescale damage, I don’t want to get into a confrontation with the Central Government immediately.”

According to the latest reports, the death toll in West Bengal due to the devastating cyclone stands at 86. Out of the 86 deaths — 22 were electrocuted, 27 after being hit by uprooted trees, 21 in a wall collapse, 7 in a house collapse, 3 drowned, 1 was bitten by a snake, 3 due to cardiac arrest and 2 from the uprooted lamp post.

Hockey India allows training of upto 6 players in one group