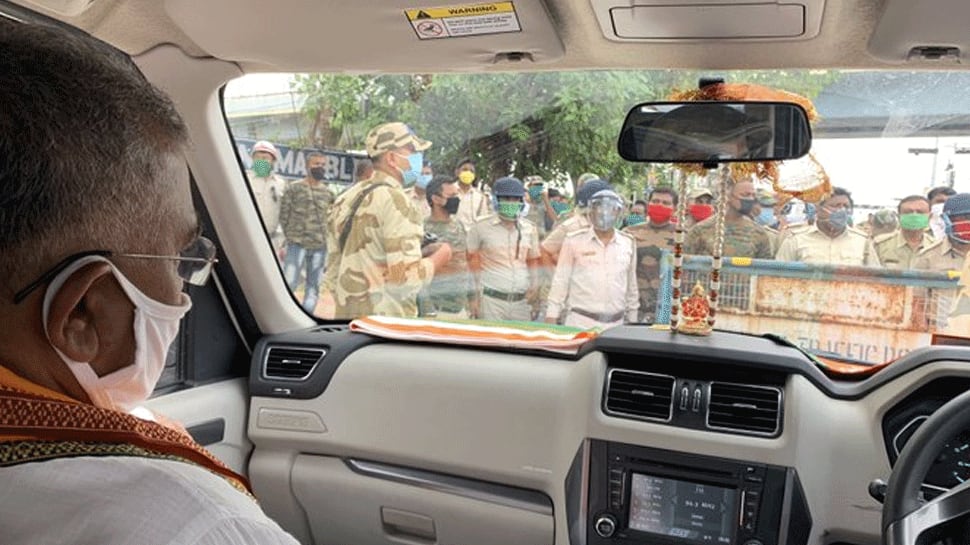 Kolkata; West Bengal BJP president and MP Dilip Ghosh on Saturday alleged that he was not allowed to visit the cyclone-ravaged areas of the South 24 Parganas district, triggering a war of words between the saffron party and the ruling TMC.

Ghosh was on his way to Canning and Basanti, two of the several areas of the district affected by cyclone Amphan, to distribute relief materials. His car was allegedly stopped by the police at the Dhalai bridge near Garia area of the district.

“I don’t know why I have been stopped from visiting the cyclone-affected areas. The TMC leaders are visiting these places and distributing relief materials. The police is not stopping them. The rule only changes for the BJP leaders,” Ghosh said.

In a tweet, Ghosh said that he was barred from going to Cyclone-hit areas of Canning and Gosaba.

His comment came after Prime Minister Narendra Modi had announced advance assistance of Rs 1,000 crore for the cyclone-hit state and an ex-gratia of Rs 2 lakh to the families of each of those killed and Rs 50,000 for the injured.

Ghosh threatened to stage a sit-in protest if he was not allowed to go to the affected areas. “If the state government wants to pursue relief politics, they should get ready for a befitting reply from our workers,” he said.

The BJP workers accompanying Ghosh had a mild scuffle with the police personnel, and they pushed the men in uniform to pave the way for the vehicle of the party’s state president.

Meanwhile, the police said that Ghosh didn’t have any permission to move in that area according to lockdown and disaster management rules.

Kolkata Mayor and State Minister Firhad Hakim wondered why the state BJP was keen on doing politics over the distribution of relief materials.

Ghosh had on Friday demanded that the assistance should be credited to the bank accounts of the people, affected by Cyclone Amphan, to avoid siphoning of money.

Disclaimer: This Article is auto generated by computer software and has not been created or edited by Sainik Welfare News. Publisher: zeenews.india.com
Source Link zeenews.india.com
0 1
Share FacebookTwitterGoogle+ReddItWhatsAppPinterestEmail