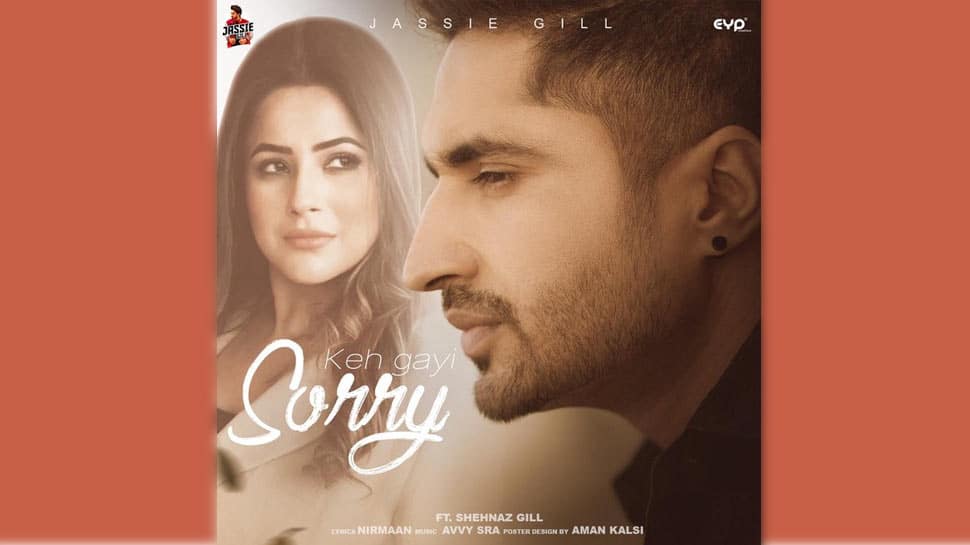 New Delhi: Bigg Boss 13 fame Shehnaaz Gill and Punjabi heartthrob actor-singer Jassie Gill’s latest song ‘Keh Gayi Sorry’ was released a few days back and has managed to impress the viewers. At least, the number of views on YouTube suggests the same.

‘Keh Gayi Sorry’ has garnered over 11,145,978 views so far on the video-sharing platform. Watch it here:

After featuring in a song with ‘Bigg Boss 13’ winner Sidharth Shukla, Shehnaaz bagged a music video with Jassie Gill amid lockdown. The lyrical video also got a big thumbs up from fans.

‘Keh Gayi Sorry’ features Shehnaaz Gill and Jassie. The lyrics are penned by Nirmaan, and the music is composed by Avvy Sra. The poster has been designed by Aman Kalsi.

Shehnaaz has become massively popular on social media platforms, especially after people watched her on the reality show and liked her antics a lot. Shehnaaz’s chemistry with ‘Bigg Boss 13’ winner and television’s handsome hunk Sidharth Shukla remained one of the highlights of the show. Fans loved watching them together and even gave them a moniker SidNaaz.

She was seen in Mujhse Shaadi Karoge’ along with Paras Chhabra. Even though that show received a lot of backlash online yet the Punjab ki Katrina Kaif managed to win praises for being herself.

She featured in her maiden song ‘Bhula Dunga’ with ‘Bigg Boss 13’ winner and close friend Sidharth Shukla which became a chartbuster and has crossed 50 million views on YouTube already.

US actor Hagen Mills, 29, kills himself after shooting girlfriend

Preksha Mehta, you were so young: Karan Kundra, Arjun Bijlani and others mourn her…

Preksha Mehta, you were so young: Karan Kundra, Arjun…

Xbox launches Minecraft Dungeons with an eye to score…