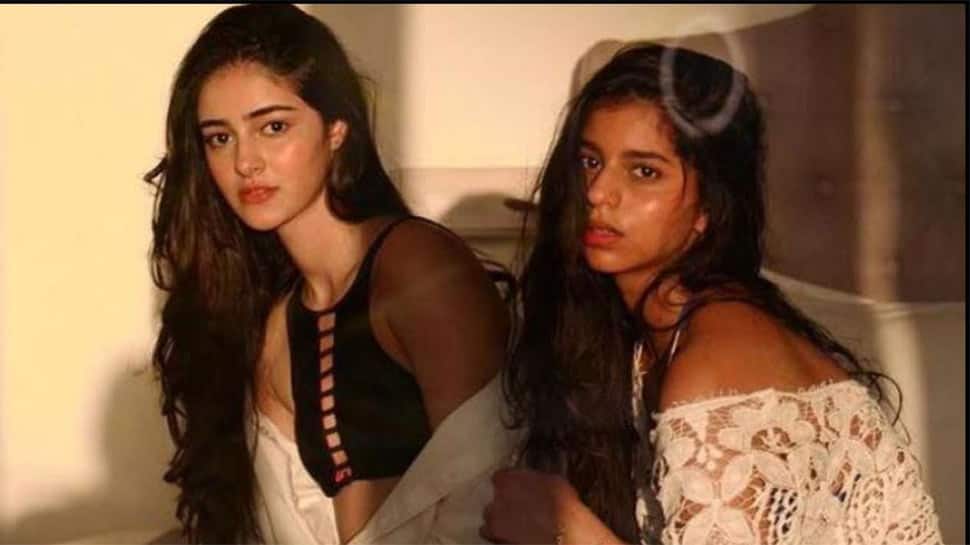 New Delhi: Shah Rukh Khan and Gauri Khan’s darling daughter Suhana celebrates her birthday on May 22. Amid lockdown, as she can’t go out for a bash, her close friend Ananya Panday made sure to wish her early and make her 20th birthday memorable one.

Ananya took to Instagram and posted an unseen gorgeous picture of the two with a beautiful birthday wish reading: the two things I miss the most – the great outdoors and SUHANA!!! happy 20th bday Sue but u will be my little baby forever

the two things I miss the most – the great outdoors and SUHANA!!!  happy 20th bday Sue  but u will be my little baby forever

Suhana, Ananya and Shanaya Kapoor are BFFs and often their old pictures resurface on the internet, sending netizens into a tizzy.

While Ananya has already entered the showbiz world and Shanaya working as an assistant director in cousin Janhvi Kapoor’s upcoming film, all eyes are set on Suhana’s big Bollywood debut.

SRK and Gauri Khan’s darling daughter headed to New York University last year where she is studying acting. She completed her graduation from Ardingly College in England.

Speculation of her making her starry entry into movie business has always been around and now that she is studying acting as a course, looks like very soon the pretty girl will be making her big-screen debut.

She has acted in several plays and also in a short movie.