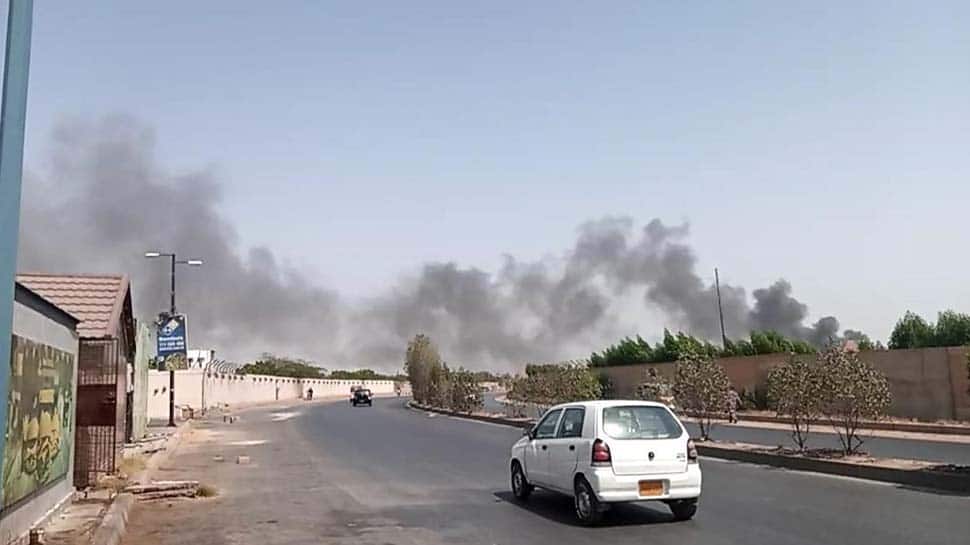 Pakistan International Airlines Airbus 320 plane with 98 on board crashes near Karachi airport, rescue ops on

A Pakistan International Airlines (PIA) aircraft on Friday crashed near the Jinnah International Airport in Karachi. The Airbus 320 carrying 90 passengers and 8 crew members crashed at Karachi’s Model Colony a minute before landing. There are no confirmed reports yet on the death toll.

Pakistan news organisation Dawn quoted Sindh health department saying that so far, 37 people have been confirmed dead. However, it is unclear if the deceased were all on board the flight or include area residents as well where the crash took place. Three people are confirmed to have survived the crash, Dawn reported quoting officials.

The flight was en route from Lahore to Karachi and crashed when at 800 feet. According to the initial report, there was a failure of the landing gear when the aircraft was near the runway. An emergency has been imposed in Karachi. Around 4-5 houses and 6-7 cars have been destroyed and a fire has engulfed five houses.

Pakistan Prime Minister Imran Khan tweeted, “Shocked & saddened by the PIA crash. Am in touch with PIA CEO Arshad Malik, who has left for Karachi & with the rescue & relief teams on ground as this is the priority right now. Immediate inquiry will be instituted. Prayers & condolences go to families of the deceased.” 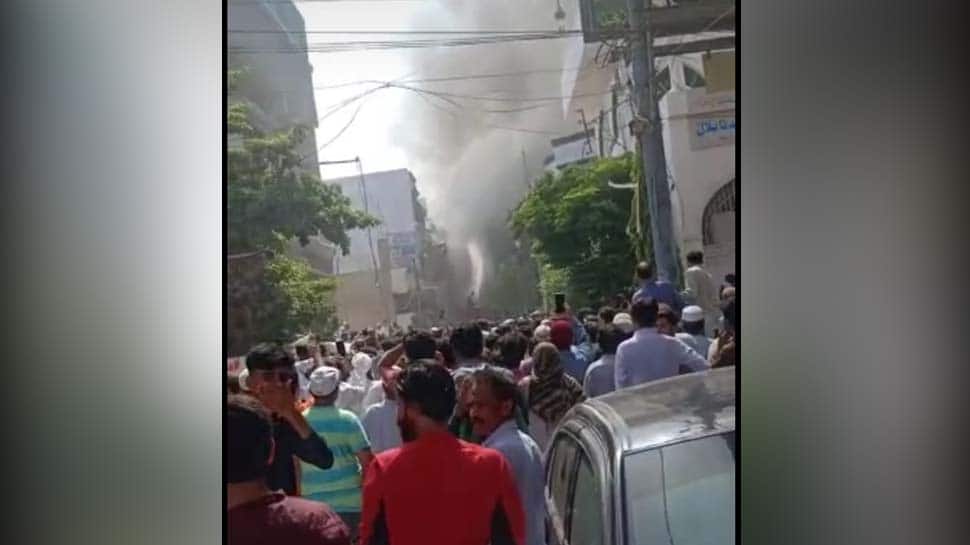 Dawn quoted PIA spokesperson Abdul Sattar who confirmed the crash and added that Flight 8303 was carrying 90 passengers and 8 crew members from Lahore to Karachi.

Videos showed plumes of smoke rising from the site of the crash, said Dawn. Ambulances and rescue officials arrived at the scene to help residents, added Dawn.

It also tweeted that Pakistan Army Aviation helicopters were flown for damage assessment and rescue efforts. The Urban Search and Rescue Teams are also being sent on-site for rescue efforts.

The Minister of Health and Population Welfare has declared an emergency in all major hospitals of Karachi due to the plane crash, reported Dawn quoting Meeran Yousuf, the media coordinator to the Sindh health minister.

In 2019, a PIA aircraft escaped accident after it skidded off the runway while landing at Gilgit airport, said Dawn. The passengers remained safe in the accident, but the plane suffered considerable damage, it added.

In 2016, a PIA flight PK-661 carrying 48 passengers and crew had crashed on the way to Islamabad from Chitral on December 7 and there were no survivors from the flight, said Dawn.

Video: When an army officer told policemen…’We are proud of you’